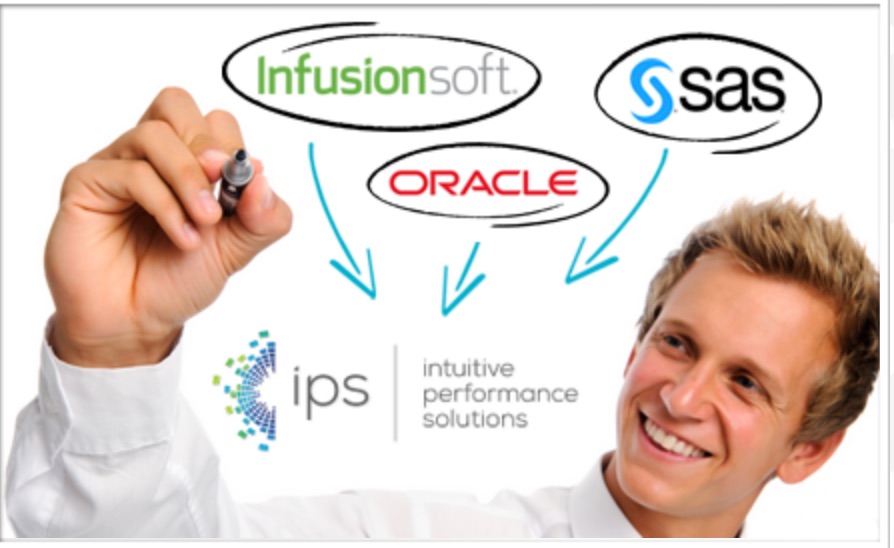 Earlier this year, I fired Jason Esterline from his long-held position as a team leader for RGA’s Countryside chapter.

He was doing such a good job that I realized RGA needed him elsewhere! I asked Jason to be our Area Director for North Pinellas, Pasco, and West Hillsborough counties. I was so pleased when he accepted! 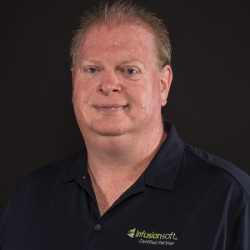 “It wasn’t a hard decision,” says Jason. “I’m an entrepreneur at heart, and I’ve always had a passion for helping small businesses succeed. I can do even more of that as an Area Director, rather than as a team leader.”

Jason has already played a major role in helping RGA succeed. His company, Intuitive Performance Solutions, is the contractor that runs the “back end” of the Infusionsoft side of our website: our data base, sales receipts, and email marketing.

He brings a multi-faceted work history that has given him a wealth of information and insight that is so important to our members.

“I have a degree in electrical engineering, but I only worked in the field for a couple of years,” describes Jason. “I went into sales, and worked in operations for an auto lubricant manufacturer. I traveled around the world, providing training and solving problems.”

In 2014, Jason’s brother-in-law invited him to join Intuitive Performance Solutions, founded in 2010. Jason is not only a principal in the company. He’s also Director of Sales and a Certified Infusionsoft Consultant. Recently, Infusionsoft appointed Jason to its product advisory council.

“We’re a sales and service partner for Infusionsoft,” explains Jason, “and I’m still solving problems. I work with clients who get stuck with their Infusionsoft features. I help get them unstuck. I’m able to keep over 90% of our clients because I help them solve their problems. I cut to the chase and get things done for them.”

Jason brings that same can-do attitude to his work with RGA.

“As an Area Director, I’m able to help multiple RGA chapters and support their team leaders,” describes Jason. “I do that by helping them grow their chapters, providing them with business- and team-building resources, promoting their events, even filling in to run a meeting if a team leader has to be away.”

“I had been aware of RGA through another business several years ago,” explains Jason. “I became part of it again in 2014, on behalf of Intuitive Performance Solutions. RGA became a customer of ours, and Mark became a friend. What he’s built with RGA is impressive,” Jason emphasizes, “and Mark has grown it by working hard, doing everything he can to give RGA members effective business tools and value.

“There’s only so much one person can do,” he continues, “so when Mark reached out and described what I could do as an Area Director, I was happy to say ‘yes.’”

Jason points out that there are many reasons to network using the RGA platform: “First, it’s affordable. A small business needs to put its resources to work building the business. Mark understands that, and makes ‘Wall Street networking at Main Street pricing’ work toward that goal. Meetings feel comfortable, but they’re structured to provide members with a full hour jam-packed with information, contacts, business building skills, even humor. Any member is free to attend any meeting in the RGA network, there are no ‘penalties’ for missing a meeting (other than missing out on the meeting itself), and we don’t impose rules for how many guests you must introduce or how many referrals you have to provide. We don’t exclude a prospective member because we already have a member in his or her industry.”

Instead, says Jason, RGA meetings are more like a gathering of friends, all meeting to find out how they can help each other. The referrals shared come naturally because RGA’s very structure leads members to know, like, and trust others in the network.

In many ways, it’s like an extended family, and that’s something Jason appreciates.

Jason was born in Iowa and moved to Florida in 1984. He has been married to his high school sweetheart, Kimberly, a Pinellas County native, since 1993. Together, they raised a daughter, Ashley, who is a legal assistant, and a son, Joey, who is a heavy equipment mechanic.

In his spare time, Jason is a certified instructor for the NRA and a Vice President of the local Amateur Radio Club. He enjoys a variety of outdoor activities, including boating and camping.

With so many varied interests, and an amazing store of knowledge about sales, training, and digital resources, Jason has brought a lot to RGA and our members, and I know we can look forward to great things from this Area Director!