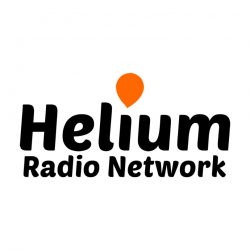 Welcome to the Helium Radio Network! Helium (He) is lighter than air and we are here to bring heavy-hitting airwaves to the world. Helium was conceived in 2010 and officially born in July 2017 in St. Petersburg, FL.

Life Improvement Radio is still enhancing lives daily as our first station and is the home for The RGA Radio Hour. Our second station, Helium Radio After Dark is still airing mature content for immature audiences. Stations three and four are recently launched and open for business!

By revamping the radio station structure, we can add much more content to play 24 hours a day continuously. This is great news to both our listeners and radio show hosts. Even future show hosts can benefit because this is not a first-come-first-serve basis. We can have multiple shows about cooking, business, leadership, real estate, tourism and hospitality, and more. You name it, we can play it.

We want to thank our original listeners--all 4 million of them for their loyalty. If you've ever wanted to speak out with your own show, now is the time! You could have your own channel on Helium Radio Network! Drop us a line via email and we would be happy to talk further!

There are no reviews yet.

Erik has been instrumental in helping us with our Search Engine Optimization. He and his staff have redesigned our website and ensured that our multiple platforms are in sync. It was a pleasure to be featured on the weekly podcast through RGA. He also helped us establish a podcast of our own! Thank you Erik for helping us be found by the masses.

I have worked with the Radio Station for almost 9 years
Our podcasts continue to be featured and the engagement for our shows is outstanding.
Thank you for providing this service to our members!